Why do my Plants Keep Dying?

There's no doubt that, when it comes to the wide subject of gardening, there is more to learn than any one person could in their lifetime.

However, if you just want to grow plants for a bit of colour to look at in your garden or in your living room, it's no great mystery. In fact, there are just four basic rules for you to follow.

Plants are living things. They grow because they want to survive and they don't die just to spite you. All over the country, on every grass verge, every vacant piece of ground and even in many people's gardens, plants are growing away quite happily with little or no human interference. But, like all living things, they do have some basic needs which have to be met.

Just like us, plant need three things: some amount of daylight, nutrition and something to drink. Understand why they need these three things and you won't have much trouble keeping plants alive in the future.

Amongst all the amazing things plants can do, the most amazing has to be their ability to photosynthesize. We all learned about photosynthesis in basic science at school and its this:

In a nutshell, plants use energy from the sun's rays to convert carbon dioxide and water into sugars and oxygen and this is the only way plants get their food and thus their energy to grow. What we describe as plant food is actually plant nutrients which plants collect seperately, mainly from the soil, but more about that later. 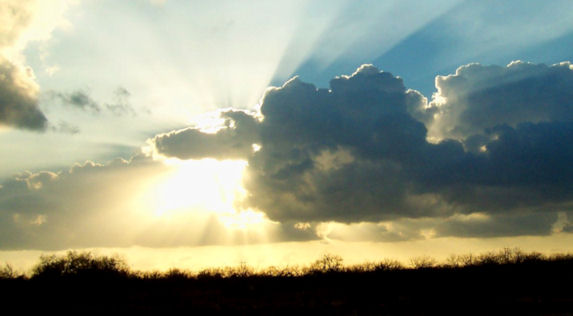 So, rule number one: give your plants at least some sunlight. Most plants grow perfectly well with around five hours of direct sunlight in a day. If you have a plant with large, glossy green leaves such as fatsia, don't stick it in direct sun or it will burn and, if you have a plant with small, greyish leaves such as lavender, don't put it under a tree as it won't get enough energy to grow really well.

If you deprive a plant of all light whatsoever, you will kill it. This is why weed-suppressant membranes and certain types of mulch work so well.

Plants get most of the nutrients they require from the soil.Different plants have different nutrient requirements and, again, some plants have evolved to take advantage of the abundance of nutrients contained in certain types of soils. You could write a whole book on the subject of plant nutrition but all you really need to know is this: healthy soil = healthy plants.

As long as there's plenty of organic matter in the soil in the form of dead and decaying plant and animal material, the nutrients will be there. So, rule number two: don't be too tidy. Leave some plant matter to die back naturally or at least turn the leaves and clippings into compost and add it to your soil on a regular basis. The more organic matter you can add to your soil, the more soil-dwelling creatures you will have and, when they die, the more nutrients are returned to the soil as they decay. 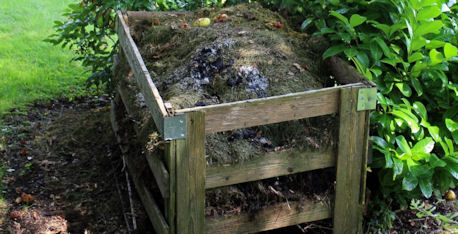 As long as there's plenty of organic matter in the soil in the form of dead and decaying plant and animal material, the nutrients will be there. So, rule number two: don't be too tidy. Leave some plant matter to die back naturally or at least turn the leaves and clippings into compost and add it to your soil on a regular basis. The more organic matter you can add to your soil, the more soil-dwelling creatures you will have and, when they die, the more nutrients are returned to the soil as they decay.

If you think you're doing your plants a favour by meticulously clearing every bit of unwanted plant debris from your garden and throwing it in the bin, you're not. All you're doing is removing a precious source of plant nutrition and continually depleting your soil. Yes, its true, some dead plant matter will harbour pests and diseases but, just like us, your plants will never be able to fight disease without adequate nutrition so, if you must be tidy, at least set up a compost heap or bin and return the ready compost to the soil.

Water is extremely important to plants. For a start, it keeps the plant turgid - in other words upright. Water is absorbed through the leaves and taken into the plant through the roots and, without it, the plant will droop, the stems will lose their rigidity and the leaves will shrivel and, if the leaves shrivel, the plant can't get its energy from the sun and so it eventually dies.

In addition, nutrition from the soil is taken up by the plant through the roots but it has to be in soluble form to enable the roots to do this. In other words, the nutrients in the soil are dissolved in water. Without enough water, there will be no uptake of nutrients and again, the plant will eventually die.

For the average plant, too much water is also deadly. If a plant has its roots stuck permanently in water, it will become deprived of oxygen. On top of this, a waterlogged plant will suffer from root rot and, without healthy roots, it can't transport the nutrient-rich water around thus the stems will again fall, the leaves shrivel and the plant look sickly due to to lack of nutrients.

This is why beginners so often fail, particlulary with houseplants - the symptoms of over-watering and under-watering are so similar that often the plant looks like it needs water when it needs the opposite and the problem gets worse when the well-meaning gardener waters an already over-watered plant in an effort to save it. If you suspect your plant needs water then the soil around the roots will be dry, not wet so just do a simple test and have a look at what's going on around the roots. So, rule number 3 is: water your plants often but not too much.

New plants in a garden need to be watered on a regular basis if it doesn't rain for a while. They won't have large enough roots to allow them to cope with drought by reaching down depper into the soil for moisture. So keep an eye on new plants and don't just give them a light sprinkle with the watering can. During dry periods, newly-planted plants need at least half a can of water each.

It goes without saying that houseplants rely completely on you to supply them with water and can't get much from the surrounding atmosphere because houses are rarely humid enough. Water your plants when the surface is dry but don't let them stand in water for too long and don't over water. Mix a little liquid fertiliser in with the water from time to time and you'll take care of their nutritional needs as well.

It takes a lot of care and pampering than most of us have time for to be a supermodel and it's the same for certain plants. Delphiniums, for example, are beautiful but they are susceptible to slugs and other pests and, if you don't stake them, they're liable to fall over due to the weight of their flowers. Presuming you can keep the slugs off the emerging shoots every year and they do manage to flower, a heavy shower of rain will flatten them. Day lillies on the other hand rarely die even if you want them too.

So, rule number 4 is quite simple: don't try to grow supermodels. If you are completely new to gardening, the best way to determine the type of plants which are likely to need less care is to have a nosey in your neighbours' gardens. If certain plants seem to grow well in the neighbourhood, this means they will grow well in your garden. If you haven't got the time to tend to your plants regularly, choose tough specimens. If you buy a plant and it doesn't make it in your garden, simply swap it for something that will. Over time, you will establish a garden full of healthy, robust plants.

Okay, so you won't have supermodels but then, who needs them when there are so many other plants out there? 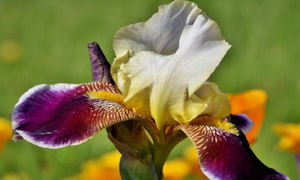 Iris are tough plants and quite drought reisitant

Herbaceous Perennials for Every Season

Why Cordyline is a great Seside Plant