How to Transplant Iris

One spring many years ago, an older friend of mine dug up an iris bed at her home. They were bearded irises -- a lovely shade of lilac purple -- and she moved some of them to a different location.

The irises had already started to grow and were about four inches high. She didn't know what to do with the remaining irises, so she put them in a box, intending to give them away.

As it turned out, the irises remained in the box for more than two weeks. By now, she didn't feel she could give them away because she didn't think they would grow. I offered to take the irises and plant them, just to see what would happen.

The irises were not one bit bothered about being in a box for more than two weeks with no water and no dirt around their roots. I planted them, they started growing, and they're still going strong more than 25 years later. 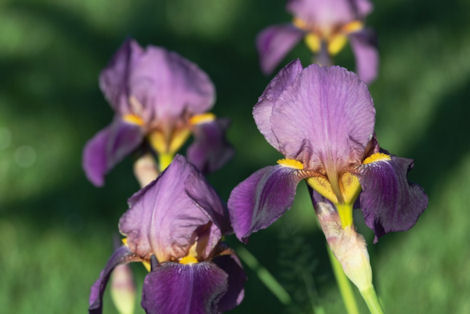 In the past two decades, I have thinned out the irises and planted them in other locations. I have also found irises growing by old homesteads where no buildings remain (I live in rural Wisconsin) and have dug them up and transplanted them in my yard. Each year in early June, the irises bloom in a variety of colors: white, blue, yellow and purple. 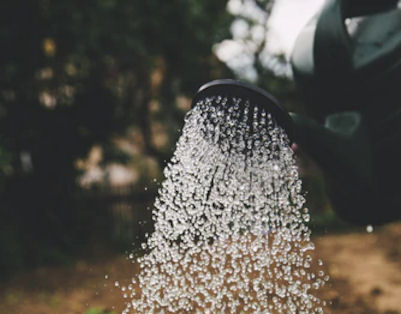 From what I have seen of the irises growing in my flower beds, they are tough plants that are quite drought resistant. Like any plant, they will do better when they receive plenty of water, but during years when it has been dry, they have still survived extremely well. And of course, the irises that I dug up from old homesteads didn't have any help at all during drought years, and they made it just fine. 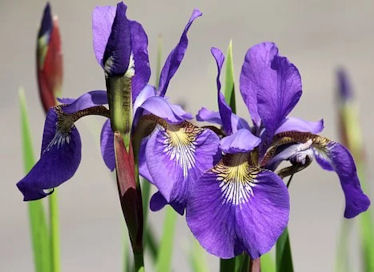 The irises in my yard seem to do equally well in full sun or in partial shade.

Trimming the iris leaves after the plants are done blooming to give more room and more light to other plants nearby doesn't seem to bother the irises. For the past couple of years, I have trimmed irises growing next to my rose bush, and the following year, the irises have come back as strong as ever.

LeAnn R. Ralph is the author of the farm books "Christmas in Dairyland (True Stories from a Wisconsin Farm" and "Give Me a Home Where the Dairy Cows Roam" (trade paperback 2004); rurualroute2.com 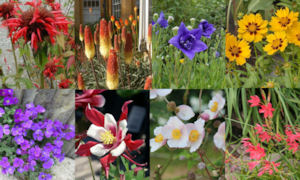 Their predicatable height and flowering time means herbaceous perennials are great in terms of garden planning. However, it can be quite a feat to ensure interest right throughout the year. 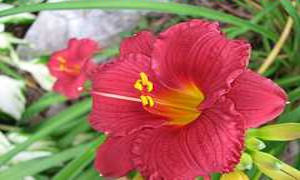 It is easy to see why daylilies have become one of the most popular flowering perennials.

Why do my Plants Keep Dying?